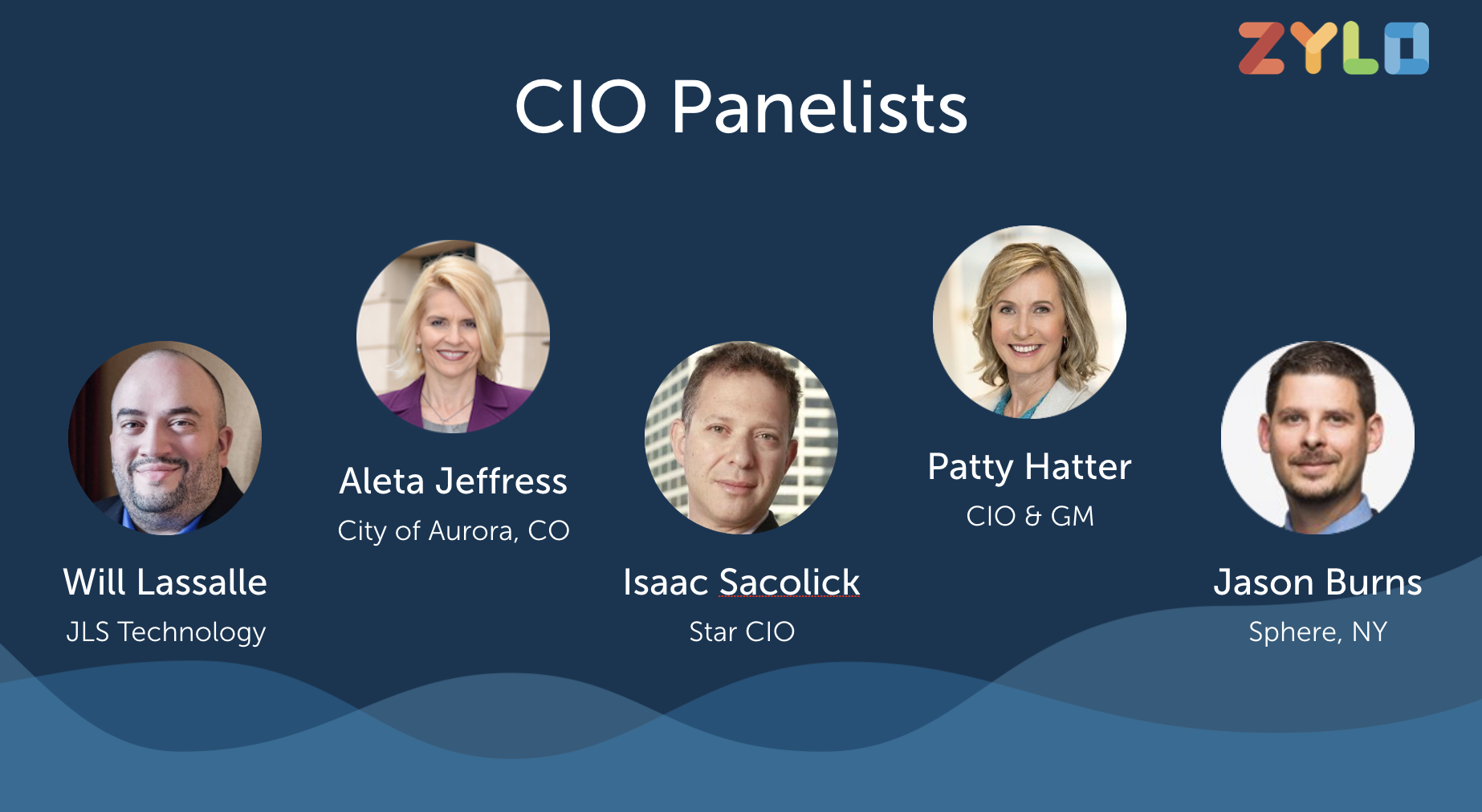 Do you know any CIO who dreamed about growing up to become a CIO?

We don’t either! Jeff Ton, EVP of Product and Service Development at Bluelock, asked a dozen CIOs how they came to be a CIO. Jeff documented the discussions he had with an impressive group of CIOs around “What did you want to be when you grew up. . . and how did you end up as a CIO?“ in an Intel Contributor Network blog series.

We are bringing five of these CIOs together for an interactive discussion around the lessons they have learned along the way and their advice for rising IT Leaders to become CIOs and existing CIOs to stay relevant in this continuously changing world of technology and IT’s shifting role with the rise of SaaS and cloud software.

Join the discussion with a dynamic and inspiring group of leading CIOs, featuring:

As the daughter of an engineer, Patty knew from an early age that engineering could create a lot of opportunities for her. Using her experiences from a number of non-IT roles in sales, services and operations enabled Patty to be an extremely valuable business partner and well-respected IT leader in some of the biggest names in IT.

From childhood dreams of being a fighter pilot to following his father’s footsteps of loving construction and technology and a stop in the accounting department, Jason is now one of the leading voices in technology for the construction industry.

As the son of an engineer, Isaac was coding at the age of 12 and never slowed down. He has been a part of startups and enterprise companies and is a thought leader who earned the recognition as one of the Top 100 Social CIOs and Digital Transformation Leaders.

Will started out with medical interests in becoming a surgeon until he had a chance to play computer games – he was instantly hooked and wanted to be a video game programmer. Leading by example, Will has maintained his technical expertise as he has developed his management style and become a digital transformation expert.

The journey from majoring in accounting and finance to working in call-centers and excelling in QA led Aleta to management at a young age. Serving as a liaison between business and technology in tech companies prepared her for the CIO role as well as her out of the box thinking and relentless curiosity to continue learning and pushing herself.

This is a webinar you won’t want to miss if you’re an IT Leader and it promises to be a good conversation with lots of personality and humor!