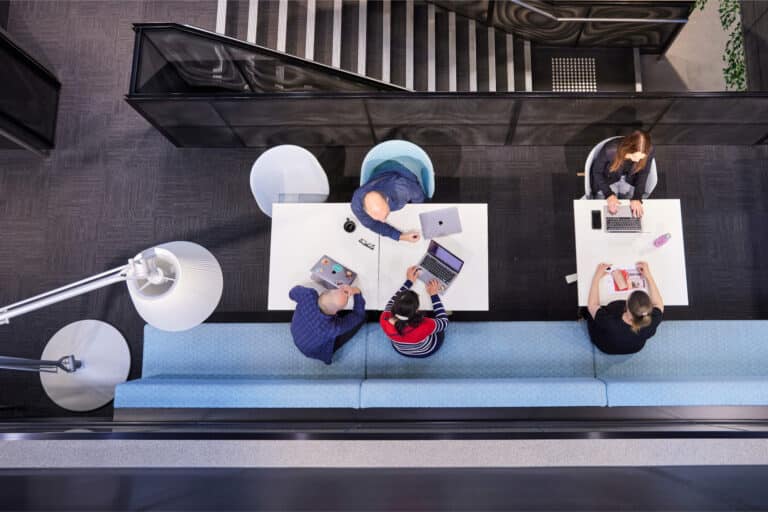 Australia-based REA Group is a true startup success story. The company was founded in 1995 in its founder’s garage in the suburbs of Melbourne when the internet was still in its infancy. And today, it’s evolved into a global digital business, specialising in property, with more than 3,000 employees across three continents.

Strategic acquisitions have been a large contributor to the company’s recent growth. In fact, over the course of the last three years, REA has made a significant acquisition every 12 months, on average.

As the organisation has expanded, so too has its SaaS portfolio.

“Previously, if someone wanted an application, they’d just purchase it,” said Cal Brown, Technology Procurement Manager at REA. “We needed visibility into apps that our procurement and Enterprise Technology teams weren’t aware of.”

REA knew that gaining visibility into their entire application portfolio was the first step toward better managing SaaS growth. While they were using Okta for identity and access
management, they knew there were more apps in use across the organisation and sought to uncover what they didn’t yet know. To accomplish this, REA partnered with Zylo.

With Zylo, REA has been able to discover all paid SaaS applications in use, from company-wide solutions to applications used by small groups or individuals. With the help of Zylo, REA discovered 150 applications that the IT and procurement teams weren’t aware of.

“Today, thanks to Zylo, we have complete visibility into our paid applications,” said Cal Brown. “Being able to identify applications that procurement or Enterprise Tech weren’t aware of has been extremely helpful.”

Eliminate Shadow IT, a Big Contributor to Unnecessary Costs and Risk

At REA, about half of SaaS spending was centralised, and the rest was scattered throughout the business. It wasn’t uncommon for business units and individuals to acquire their own applications — without the involvement of the IT or procurement teams. And this unmanaged growth of SaaS was contributing to one of REA’s greatest challenges – Shadow IT.

“SaaS purchased by individuals and business units wasn’t going through our standard security checks and due diligence, and that was putting the company at risk,” said Cal Brown.

After gaining visibility into all applications, the company is now using Zylo to eliminate one of the biggest contributors to Shadow IT and unmanaged SaaS growth: expensed purchases.

“Our goal is to stop the purchase of SaaS applications being expensed, and we’re driving that behavior through Zylo,” said Brown.

“Our goal is to stop the purchase of SaaS applications being expensed, and we’re driving that behavior through Zylo.”

“We needed to understand the extent of application overlap,” said Brown.

Once REA gained visibility into their SaaS portfolio with Zylo, they were better able to identify redundant applications and duplicative spend to take action on cost savings opportunities.

These insights shed light on some big opportunities to cut costs. In fact, Zylo helped REA
identify more than $550,000 in cost savings opportunities across their top spend applications.

Because of the volume of SaaS applications in use, renewals are a common occurrence at
REA. But in the past, business units made renewal decisions based on gut feeling, rather than data.

“A team would say ‘let’s renew,’ and then we would,” said Brown. “The primary goal was to keep the contract value flat.”

Working with Zylo, REA now had a single system of record for all their SaaS contracts, which has allowed them to take a more proactive approach to renewals. Now, the procurement team is automatically alerted when an application is coming up for renewal. Then, 90-120 days before the renewal, the procurement team looks at usage data with stakeholders to determine whether to renew.

Zylo also plays a critical role in finding opportunities to rightsize at renewal. Zylo also helped REA discover that they were 35% oversubscribed to one of their IT infrastructure suppliers and showed that more than 200 employees had never even logged in. Zylo has also allowed REA’s procurement team to rationalize numerous renewal licensing requirements as well as avoid increasing licensing unnecessarily.

“A lot of contracts and renewals come my way,” said Brown. “Before Zylo, there was no way for me to validate the right size of these agreements. But with Zylo, it’s much easier to do that.”

Zylo helped REA see that they were 35% oversubscribed to one of their IT infrastructure suppliers. 200 employees had never even logged in!

What’s Next for REA?

As REA’s Procurement team have now got the company up and running with Zylo, they now look to take an even more active approach with SaaS Management. A top priority of the team will be to establish goals around reducing redundant applications and duplicative spend. In addition, REA has recently adopted Zylo Benchmarks, which will empower the Procurement team benchmark applications against similar-sized organizations.