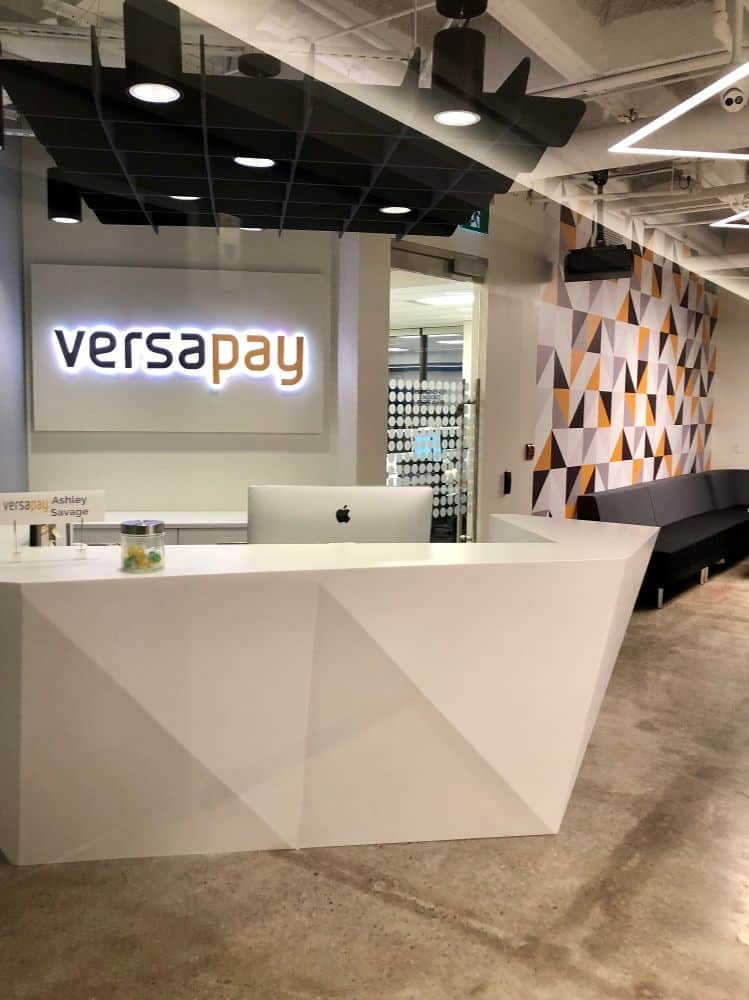 Reduction in number of apps while experiencing rapid growth

Gain Full Visibility into All SaaS Applications, Including Those Resulting from Mergers and Acquisitions

Canada-based Versapay is transforming the way companies do business. The leader in collaborative accounts receivable solutions, Versapay connects millions of companies to make billing and payment easier for buyers and sellers.

Since its founding in 2006, Versapay has experienced steady growth. However, in the past couple years, that growth accelerated, driven in large part by a number of mergers and acquisitions (M&A).

In 2021, four companies merged into one to more effectively target collaborative accounts receivable, a new space in the market. The company’s headcount also doubled in size.

Though this rapid growth allowed Versapay to establish itself as an industry leader, it also left the company with a large, scattered, and inefficient SaaS portfolio.

When Ryan Johnson, VP of IT and Internal Systems joined as the company’s first IT leader in 2021, he knew he had his work cut out for him.

“When you grow that way and that fast, there aren’t always processes set up. I knew there would be a lot of duplicative software, as well as software people bought on a credit card and forgot about,” said Johnson. “That’s what I saw immediately when I walked into Versapay.”

Gaining full visibility into all SaaS was the first step toward a more optimized portfolio. But it wasn’t easy at first.

“I did what everyone else probably does and started getting Excel sheets from the finance team and making pivot tables and hoping the information was accurate so I could paint a picture of what we were facing,” said Johnson.

As it turns out, this process wasn’t effective or efficient. Spreadsheets that were used to track SaaS quickly became outdated as mergers occurred and employees left and joined the company. What’s more, SaaS was purchased throughout the company – often on an employee’s credit card.

Having worked with Zylo at a prior company, Johnson knew the platform could help Versapay uncover all Saas. By partnering with Zylo, Versapay now has full visibility into all SaaS – regardless of who bought it and how it was purchased. This visibility is the foundation of the company’s entire SaaS management strategy.

Versapay, like many other companies, faced a moment of truth when they realized their SaaS problem was much larger than they realized – and they needed to take action.

“We were going into budget planning for 2022, and we believed we had an understanding of what the actual software budget needed to be, based on what we thought we were consuming,” said Johnson. “But then we brought in Zylo and it ended up we were actually spending 30% more than we thought we were because of a lot of unaccounted spend happening throughout the organization.”

“We brought in Zylo and it ended up we were actually spending 30% more than we thought we were because of a lot of unaccounted spend happening throughout the organization.”

Johnson didn’t waste this minor crisis. Instead, he leveraged it to make the case for a better way to manage software. This approach involved leveraging Zylo’s platform and managed services to identify and act on optimization opportunities and drive ROI.

“Yes, under budgeting was a problem. But based on what we knew because of Zylo, we were able to very quickly come back with a solution and say we could reduce that spend by at least 20% in the next 12-18 months,” said Johnson. “Having a solution diffused the situation.”

Since leveraging Zylo’s SaaS Manager Service, Versapay has saved over 5% across the software portfolio due to rationalizing and rightsizing opportunities.

Of course, all companies go through waves of growth and contraction. Zylo’s platform and managed services enable Versapay to optimize for today – and be prepared for whatever the future holds.

“We have to know what we’re going to do if we enter a period of consolidation,” said Johnson. “With Zylo, you’re always ahead of the curve. We know what levers we could pull if we had to, rather than getting caught flatfooted.”

Maximize Time and Resources with a Dedicated SaaS Procurement Manager

Gaining full visibility into all SaaS is essential, but it’s only the beginning. Versapay needed to act on the insights and data provided by the Zylo platform to effectively manage their SaaS portfolio – and keep unnecessary costs and risk at bay. However, the company had a small IT team with limited time and resources and no true procurement function.

“At a previous company, we had someone fully dedicated to Zylo, and that’s when we saw the most value,” explained Johnson. “ I knew we needed someone to help us at Versapay. But I had several other open roles to fill and didn’t want to have to hire a procurement person.”

“Because of my great experiences with Zylo, I have a high degree of trust in the organization,” said Johnson. “I immediately knew this was a great opportunity to solve a bunch of our problems.”

With Zylo’s managed services, Versapay now has a dedicated SaaS management resource – without having to add headcount. Although it’s an external resource, they’ve quickly become a key member of the Versapay team.

“Our SaaS Manager is an embedded member in my team,” said Johnson. “The reception has been remarkably positive and we’ve seen immediate value.”

Versapay’s SaaS management resource is focused on managing the entire lifecycle of SaaS at the company. He manages the company’s Zylo instance. And, he identifies and acts on optimization opportunities including rightsizing licenses and reducing duplicate and redundant applications.

“We’ve already saved over 10% off of our yearly run rate for software,” said Johnson. “That wouldn’t have happened without our SaaS Manager.”

Versapay’s dedicated SaaS management resource also handles all SaaS contract negotiations, leveraging a wealth of data to ensure the company gets the best price and terms. Versapay saw a nearly immediate impact from bringing in this outside resource, with a 200% ROI in three months. In addition, having a resource dedicated to SaaS negotiations frees up the Versapay team to focus on more strategic work.

“Having someone who can focus on Zylo and SaaS management who’s truly an expert in the space is a massive accelerator for the program,” said Johnson. “Our SaaS Manager has been instrumental to our program. He’s aware of how we work and what we’re doing and that’s a super valuable asset.”