Is All Shadow IT Bad?

While ‘shadow IT’ may sound like a particularly electric session of Dungeons & Dragons, it’s actually something much more practical:

Shadow IT is all the software, devices and services in your organization that fall outside direct IT management.

And you might have more shadow IT than you’d think.

In general, we talk about shadow IT in negative terms: unclear spending can increase costs and reduce just how agile your teams are in their operations.

But is shadow IT all bad?

Not in and of itself. Some leaders — whether in IT, Operations or GTM — believe that having some level of shadow IT can actually drive innovation for your business.

What Is Shadow IT — and Why Is It Prevalent?

First things, first: what are we actually talking about, here?

“Shadow IT refers to IT devices, software and services outside the ownership or control of IT organizations.” ~ Gartner

In our previous guide to the most common sources of shadow IT, we highlighted just how expansive the phenomenon is in modern business:

Shadow IT includes everything from SaaS applications sourced by a fast-moving GTM team to individual licenses adopted (and then expensed) by individual employees. In a phrase, shadow IT refers in part to SaaS applications that somebody knows something about — it’s just not consolidated and controlled by IT.

We also covered some of the challenges associated with shadow IT. These include:

Looking to dig deeper into the sources of shadow IT? Check out the full post.

How Does Shadow IT Drive Innovation?

Remember: shadow IT doesn’t only mean tools that you have zero visibility into. It simply means software (and especially SaaS) that are outside the direct ownership and control of IT (thanks again, Gartner).

And some hold that giving employees the freedom to select and use the SaaS tools they need (quickly) can actually give the team (and the entire company) a competitive edge by enabling teams with best-in-class tools to drive digital innovation and agility.

“Instead of signalling a lack of control, the proactive, clandestine adoption of IT products and services by employees might just be the mechanism that enables a business to implement new strategies faster,”

writes Jessica Twentyman in one of the more succinct summaries of the ‘shadow IT as a net good’ camp. “Instead of a runaway train, shadow IT might be an innovation engine.”

Twentyman describes (most likely familiar) scenarios where a Product Manager requests access to a particular tool, only to be swiftly (if unintentionally) stonewalled by IT while the team does their due diligence.

The goal in recognizing some of the good in shadow IT is to start reducing that perception.

Gartner also recommends taking a middle-of-the-road approach when seeking to bridge the gap between IT-managed SaaS and shadow IT. “The goal should not be to take over or offer to manage the project, but rather to offer a second opinion should the PM need one,” writes Gartner contributor Kasey Panetta.

“It’s important to create and increase the perception that IT is a trusted adviser that can be consulted on technical decisions.”

In other words, nobody is advocating a free-for-all in place of strict IT protocols. It’s just about finding the balance.

How Can You Monitor Shadow IT and Rationalize New Applications?

So, yes: shadow IT can potentially work for you. But here’s the thing: it’s not all good.

Shadow IT still costs you money — and, very often, you have no idea how much. Our previous reporting has found that most companies grossly underestimate how many tools they have.

On average, most organizations consistently underestimate how many SaaS applications they have by two to three times.

Even with the potential benefits of shadow IT in mind, it still makes business sense to inventory what your teams are using and estimate total spend. This is what Jessica Twentyman, quoted above, describes as her ideal new approach: “a middle way where the adoption and development of new apps and services becomes much more user-led, with IT’s blessing and oversight.”

This is part of what we do with our customers for application rationalization.

We have an established playbook for application rationalization:

Looking to learn more? Check out how customers use Zylo to contain SaaS costs and optimize for business outcomes. 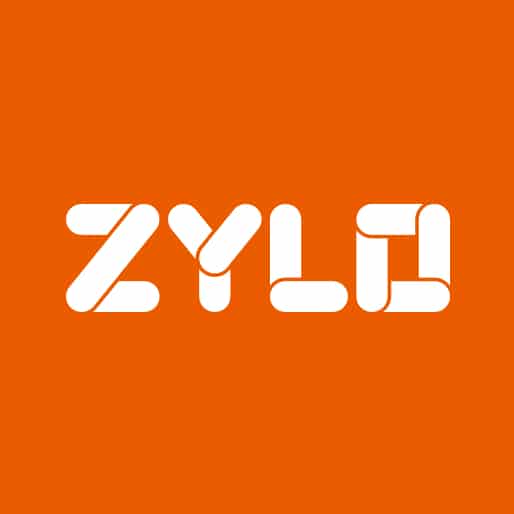