‘Oh Shit’ Moments that Validate the Need for SaaS Management 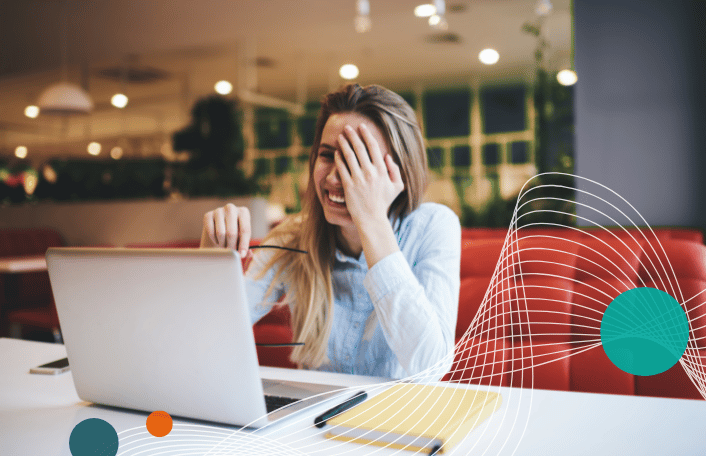 It happens to the best of us…we get caught with our SaaS hanging out. With one in five employees now expensing SaaS, more and more applications fall outside of IT vetting and purview. This shadow IT leads to wasted money and increased risk for data breaches and compliance violations.

Whether the impetus to start using SaaS management software like Zylo or confirmation they’re on the right path, industry experts shared their “oh crap” moments when it comes to SaaS, which we’ve compiled below.

If you lack visibility over the SaaS entering and exiting your organization, you’re bound to run into your own “oh shit” moment sooner than later. Learn from these experts’ mistakes to equip yourself to make a strong business case for a SaaS Management system at your organization.

Former Tenable CIO and tech innovator Brad Pollard used to write his own database applications for tracking, but hit a tipping point when he needed to find a provider.

“I couldn’t write my own apps anymore, just for sheer lack of time,” he said in our podcast, SaaSMe Unfiltered. “And I didn’t want to task my staff with it because they had bigger fish to fry at the time. I was doing everything on spreadsheets.”

So when a sales rep email from Zylo hit his inbox, he didn’t hesitate.

“It’s one of the only cold emails I’ve ever replied to.”

“I was walking about the building with my mask on, and I’m looking at all these phones on desks. I started thinking, ‘Nobody’s using these phones anymore. Everybody’s on Zoom all day, so not calling each other. Engineers live on Slack, period,’” he says.

“So we looked at what it would be to move the voiceover IP to Zoom phone, and it ended up being a fraction of the cost,” he says. “We ended up saving a ton of money.”

Oh Shit! We Have How Many Apps?

Starting out selling cloud software at Genesys, Sam Griffin understood the insides of software licensing, and jumped at the opportunity to put that knowledge to use in a new role.

“When I saw that we were starting a sourcing team, I was really excited to hold the stick as a buyer for a little while,” says Griffin, who now serves as the company’s sourcing manager.

“I took the role of doing all of the sourcing for our software and technology while we were growing legs and building out our sourcing team. And through that is when I learned we had a lot of opportunity around the spiraling spend of SaaS.”

Still, if you’d asked her when she began the software discovery process how many apps her company used, she would have guessed less than 100.

“When I saw we had more than 600, I was not only surprised, but also embarrassed,” she says.

The visibility proved crucial to app consolidation and creating an acquisition process to use going forward.

During her initial interview, Leah Tubb, Atlassian Program Manager of IT Architecture, Planning and Innovation, learned she’d be expected to manage significant SaaS sprawl when she asked her future manager what SaaS Management meant for the company.

“He said, ‘Well, we know it’s about a quarter of our spend. I can’t really tell you much more beyond that. I think I know all the vendors, and I think I know most of the applications, but I can’t confidently say we have all the governance down for it. I can’t confidently list all the folks who are accessing the apps or that everyone knows what everyone else has,’” Tubb explains.

She took the job, and has found the discovery process to be like peeling back the layers of an onion.

“As we started to look into our SaaS portfolio, we started to say, ‘How many applications do we have? Then, what’s the compliance for all of those? Who has access to all these different gateways and for all the applications? What’s the risk associated with their data?’ …It just kept going and going, and each of those was a layer we were trying to figure out.”

Zylo helped peel back those layers and gain valuable insight.

“After we did some digging, we found out all several hundred folks who had gone through the manager approval process for this expensive app were using it to edit cat pictures and cat videos,” Owens says.

Although he admits he was a little afraid to bring it up, he used the example to steer the conversation with the company’s CIO and VPs.

“I said, ‘This is where if we have a discovery platform and implement governance, we can not only avoid these things, but also unlock that money for investment in transformative business processes and platforms,’” Owen says. “We’ve done that now. It’s a testament to everybody on the team that we’ve been able to unlock so much value.”

As for the cat videos, Owens hopes the sales team leveraged them to close some deals, at the least.

“He realized what he had in his previous company and was missing here,” Kassamali says.

Kassamali started in finance before moving to IT, and knew the speed at which the company was growing and acquiring new tools. But once he got to IT, he felt removed from the financials.

“I couldn’t really see what was brewing and being worked on,” he says. “So, when I got that call to make this [SaaS Management] happen, it all clicked. I knew we needed to bridge those two things together as we scaled.”

Lance Giles, Zylo SAM Evangelist, experienced his own SaaS reckoning not long after he started as Director of Software Asset Management at Nike. Within a couple months of starting the role, internal audit staff asked him to send over a list of all the software publishers Nike did business with at the time.

“So, I did what any SAM professional would do,” Giles says. “I walked over to our on-premises software license management tool, exported a few reports, and cleaned them up. I had that response to the internal audit team within a couple of hours.”

But then the internal audit team responded, asking about several applications missing from the reports.

“That’s when it hit me hard, because I had no idea where to find this information,” Giles says. “I tried keying into our asset management tool, looking for any license entitlements, any deployments of any kind. The SaaS tools we were using simply did not exist in our traditional systems. I didn’t have any answers.

“While that is happening, additional publisher audits start flooding in,” Giles adds. “As I’m attempting to find answers to these questions from the internal audit team, more external audits are hitting me. I was thinking, ‘What’s going on here? How many of these apps could there really be?’”

It turned out there were 1,500 applications, and a solid business case to build a SaaS Management strategy.

When Versapay VP of IT and Internal Systems Ryan Johnson joined the company, he had used Zylo before and knew the value it could bring to their company. And he found the perfect opening to introduce it.

“We were going into budget planning for 2022, and we believed we had an understanding of what the actual software budget needed to be based on what we thought we were consuming,” Johnson says. “But then we brought in Zylo, and it ended up we were actually spending 30% more than we thought because of a lot of unaccounted spend happening throughout the organization.”

From there, he leveraged Zylo’s platform and managed services to optimize Versapay’s SaaS stack — which resulted in 5% savings across the software portfolio.

If any of these stories sound familiar — or you want to cover your SaaS so you don’t experience your own “oh shit” moment — then it might be time for SaaS Management and application rationalization. And if senior management doesn’t bite after hearing the cat story, try these three tips to help you make the business case for SaaS Management.