I recently had the opportunity to meet Alex Honnold and listen to him talk about how he achieved the unimaginable: Being the first and only person to scale the sheer 3,000-foot face of El Capitan in Yosemite without ropes, assistance, or protective equipment.

His key was preparation. Honnold talked about how he spent two years practicing every moment of the climb, committing every handhold, foothold, and rock texture to memory. He said it was this level of preparation that made even the most technical sections “a walk in the park.”

Success in Preparing for Failure

Honnold’s intense focus on preparation – and the results – made me think a lot about how we prepare for the unknown here at Zylo. Every business has to plan around metrics like demand generation, sales capacity, and customer retention, but I was specifically taken by the way Honnold planned for both success and failure.

His preparation routine covered not only what to do, but what alternatives he’d need to consider to confront failure and still reach his goal. I think everyone should take a few minutes to watch his TED talk on the subject.

This year, in anticipation of crossing the 50-employee threshold at Zylo, I challenged myself and the team to plan for one of the most complex elements of any business: Its people. Ultimately every business is a group of people solving its customer’s problems. People are the key to any business’ success or its failure.

A Solid Foundation for the Future

From the time we founded Zylo in 2016, the co-founders agreed that if we were successful enough to hire 50 employees, we then must take the time to examine our values and create the next evolutionary step. The goal was to define a clear set of values that captured our current culture and help us build the next stage of successful growth going forward.

Much like Honnold’s preparation to ascend El Capitan, we wanted to create a rock-solid foundation that could prepare Zylo and its people to reach unimaginable heights. If we were to create an organization that succeeds at scale, we need to be honest and truthful with ourselves about what we believed.

We believe that determining the future evolution of Zylo’s culture and values depended on being able to:

After much consideration, here’s what we believe reflected our values and the culture we wanted to develop as we grow beyond 50 team members.

Trust Starts with Me

Trust was and is a core belief that’s propelled our success to date, and it’s essential for the future. Because we’re doing something radical and new – creating the market-leading product for SaaS management – we must be vulnerable and trust one another enough to take chances.

This is more than a statement on a poster in the breakroom. We have to do the hard work of earning trust by communicating in a way that’s transparent, honest and valuable – and that process only starts if we embrace being vulnerable and trusting each other as individuals.

I’m confident that we’ve established Zylo as the market leader for best SaaS management platform and optimization. I don’t say that as a brag, it’s because we’ve motivated ourselves and our teams to set very high expectations for the pace of our incremental improvements and the value we deliver for our customers.

We expect to do big things and our goals should reflect that. Like scaling El Capitan, even impossible goals can be achieved with preparedness through planning and incremental steps.

You cannot grow anything without personal growth. Without the mentorship I and my team have received throughout our careers, we wouldn’t have the opportunity to come together and achieve something larger.

We believe in continuing that virtuous cycle by encouraging every team member to mentor and to be mentored. It’s only by sharing knowledge and information that we can be successful as individuals and as a company.

From the beginning, Zylo’s mission has been to build the next-generation platform for companies to optimize their cloud investments. As we chart the next chapter, we continue with a laser focus of reaching this summit, but also building an organization that embraces and demonstrates its values throughout the climb.

Update: We’re thrilled to share that we’ve been named one of Indiana’s Best Places to Work 2019 by the Indiana Chamber of Commerce! 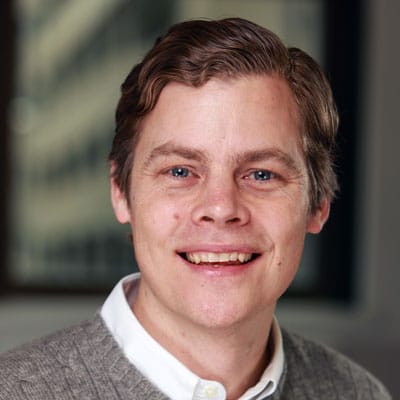