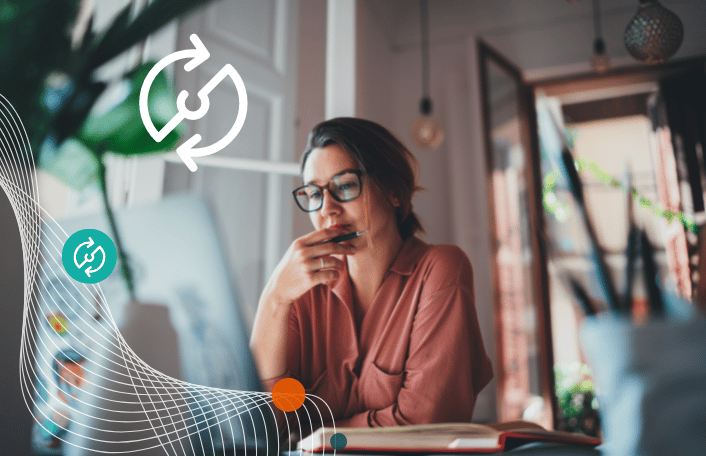 SaaS management is like taming a dragon. Worth it? Absolutely — but you’d better be up to the challenge, and you might have to endure some burn marks in the process.

Every year, companies spend an average of $5,800 per employee on SaaS (including both the products and managed services). On top of that, Gartner is projecting global SaaS spend to rise to $4.5 trillion in 2022, a 5.1% increase from 2021.

These numbers show that, while SaaS ultimately drives productivity and business value, there is a lot of room for inefficiency. That’s where effective SaaS management comes in.

Zylo suggests tackling these in three parts: Rationalize your SaaS purchases along your goals, rightsize according to need, and renew only when it makes the most sense.

The first critical step of SaaS management is to rationalize your current SaaS purchases and licenses. A review of your current stack — from enterprise licenses approved by the CFO to a hodgepodge of individual seats from employees — will give you the clear picture you need for effective SaaS management.

In short: a robust application inventory audit will give you the depth of understanding around your IT stack and SaaS spend to move forward with efficient SaaS management.

Over any 30 day period, more than two-fifths of SaaS licenses go unused. That’s 40% of your SaaS tools that are not driving value for your business — or your employees.

If the average company spends $5,800 per employee on SaaS every year, that means a company of 1,000 could be wasting up to $2.32 million every year on unused SaaS licenses. The upshot? Rightsizing your licenses is an important step in reducing SaaS waste.

Rightsizing can be a clunky and time-consuming process if you don’t have the right usage reports set up (hint: most companies don’t).

Here’s what the rightsizing process looks like with Zylo and its license workflow feature:

But it’s proactively managing your SaaS renewals that will ensure you’re able to continue to manage SaaS value moving forward.In the average company, IT manages just 23% of SaaS applications. That means there’s plenty of room for renewals that aren’t adding to business value and productivity. 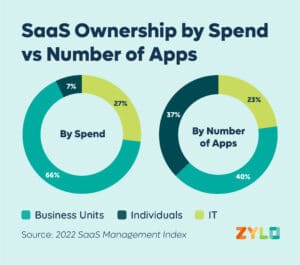 The answer? Set up a renewal calendar (based on your full inventory of applications determined in the rationalization stage). Include details like:

With the calendar in place, you can set up automated alerts for when a contract is coming up for renewal. This will give you sufficient time to partner with business units, teams, or employees to proactively plan renewals.

“Thanks to Zylo’s renewal alerts, we caught an auto-renewal for an application we no longer used before the 90-day notification period, saving us a headache and more than $50,000.”

– Ryan Johnson, Director of IT, Keap

Manually setting up this calendar can be time-consuming. That’s why SaaS management platforms like Zylo work with companies to automate contract data updates, keeping the renewal calendar and notification process up-to-date. This empowers organizations to make data-centered renewal decisions quickly.

Ready to rationalize your SaaS applications, rightsize your licenses, and set up a proactive renewal process? Let’s talk.

Table of Contents #1 Direct Software Integrations Are the Only Way...