A New Trend in SaaS Pricing: Enter the Usage-Based Model 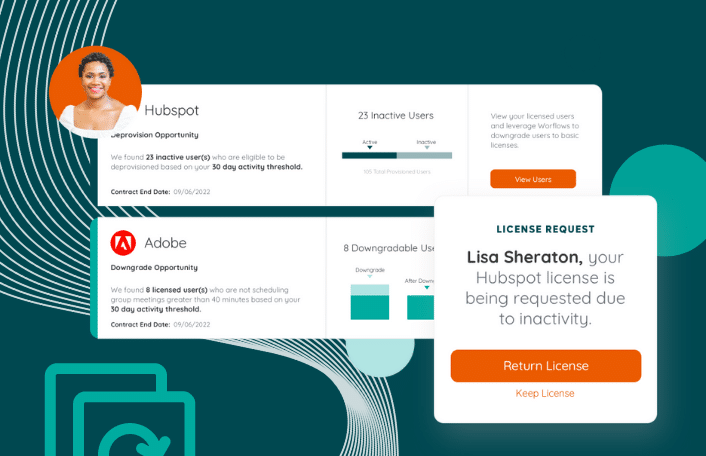 As SaaS continues to explode, we’re seeing more companies take a different approach to SaaS pricing by switching to usage-based pricing models, a trend we fully expect to gain steam over the next few years. The win-win model lowers costs and improves value for buyers, and provides sellers with an effective product-led growth strategy.

To put that into your everyday context as a consumer, think about this: Have you ever experienced a sudden realization that you’re wasting precious dollars on paying for an underutilized service?

Maybe it’s the gym you visit once per month, or the subscription to the seldomly used third-party streaming platform. Regardless, you come to a reckoning where wasted spending clearly outweighs the ROI for these services.

Now, think about a service where you pay for consumption, say the electric bill. You turn the lights off when you leave a room because it reduces waste, and keeps monthly payments manageable. As a consumer, it seems fair because you only pay for what you use. But it also benefits the utility company, as mindful homeowners don’t overburden the power grid, and companies can charge a fair rate based on actual usage.

In the context of your business, this applies similarly. But first, let’s understand how it works.

What is Usage-Based SaaS Pricing?

Usage-based SaaS pricing works exactly like it sounds. Instead of paying a set cost— regardless if an employee ever uses the tool—software companies charge by consumption. It replaces the traditional, tiered-pricing model that dominated the industry for decades.

The shift dovetails seamlessly with the industry’s move away from IT-managed, on-premise software to the cloud, and rightly so. Today, our SaaS Management Index shows that large organizations manage more than 600 SaaS applications, yet 40% of all SaaS licenses go unused in a typical month. It’s a staggering number when you consider how much spend goes to waste on underutilized software. It also makes the negative aspects of the subscription-based model abundantly clear.

With SaaS now projected to become the majority of all software within the next few years, combined with more companies using cloud software to support virtual and hybrid work settings, there’s no doubt software companies will increasingly switch up their pricing models to accommodate the market.

What are the Key Benefits of Usage-Based SaaS Pricing?

Before diving into the consumer benefits of user-based pricing, it’s important to note the model offers several benefits for software providers. Major companies like Slack and HubSpot already offer usage-based pricing, and to amazing results.

According to TechCrunch, “Public SaaS companies that have adopted usage-based pricing grow faster because they’re better at landing new customers, growing with them and keeping them as customers.”

User-based SaaS pricing also enhances customer retention and recurring revenue, as software consumers are more likely to become life-long users when they understand the ROI of their investment.

On the consumer side, usage-based SaaS pricing provides several key benefits, most notably by:

Traditionally, software companies sold tiered packages based on the number of licenses or seats, and organizations based their purchasing decisions on an estimated number of users for the year. When you consider how almost 40% of SaaS licenses go unused in a typical month, it means the average organization wastes a sizable portion of budget on unused software.

Instead of paying a fixed price upfront for licenses that may never see the light of day, user-based pricing lets organizations only pay for what they consume. As they see more value in the tool, they can increase their spending at their own pace, which also boosts customer satisfaction.

Similar to highly popular product-led growth strategies from companies like Spotify and Canva that allow users to sign up for a free version of the software (with the hope they love the software and become paying users), user-based pricing reduces the risk of trying out new SaaS tools by letting users join for a minimal cost. If the organization sees value in the tool, they can level up their investment, or cancel altogether if it proves invaluable.

Data drives all important business decisions, especially costly software acquisitions. With a usage-based pricing model, managers and department heads can come to the table with insightful metrics to show a return on their investment, and clearly articulate the value of the SaaS tool or software.

Instead of telling your supervisor “my team needs the tool to do their jobs,” you can give specifics like, “We had five licenses last year and our designers used the software for an average of 30 hours per week. Based on these findings, we’ll need to add three more licenses to hit our 2022 goals.” It’s a far easier sell to upper management when you present quantifiable data to support software utilization.

We fully expect the market to pivot to a usage-based model, and SaaS vendors need to get on board to stay competitive in a multi-billion dollar industry. At the end of the day, consumption-based pricing offers tangible benefits to consumers by increasing value and reducing waste, while SaaS vendors can acquire long-time clients to grow their revenue.

Ready to learn why thousands of organizations, from the world’s largest enterprises to high-growth scaleups, trust Zylo’s comprehensive, data-driven platform to discover, optimize, and govern their SaaS? Reach out for a personalized demo.